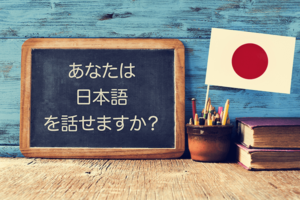 Japanese or Nihongo in it’s native tongue is spoken mainly in Japan by about 125 million people making it the 9th most spoken language worldwide.  Japanese uses three different writing systems – Hiragana for native Japanese words, Katakana for foreign words, and Kanji which are based off Chinese characters. Although some Chinese characters are used in the writing system it bears little to no resemblance to the Chinese languages.  Despite these complexities, Japan still boasts a 99% literacy rate among adults.

Japanese is also considered one of the fastest spoken languages in the world averaging 7 syllables per second (compared to English at 5 syllables per second and Mandarin Chinese at 6 syllables per second).  In addition to it’s complex writing system, it also has various tenses and honorifics depending on the person you are speaking to.  Similarly to other Asian languages, Japanese does not have articles plurals.  This means that much of the information is derived from situational context.

Japan has a wide array of culture and media that a knowledge of Japanese will help you to explore.  Whether you are watching anime, reading manga or eating at your favourite sushi restaurant;  Japanese is a fun and rewarding language to learn!